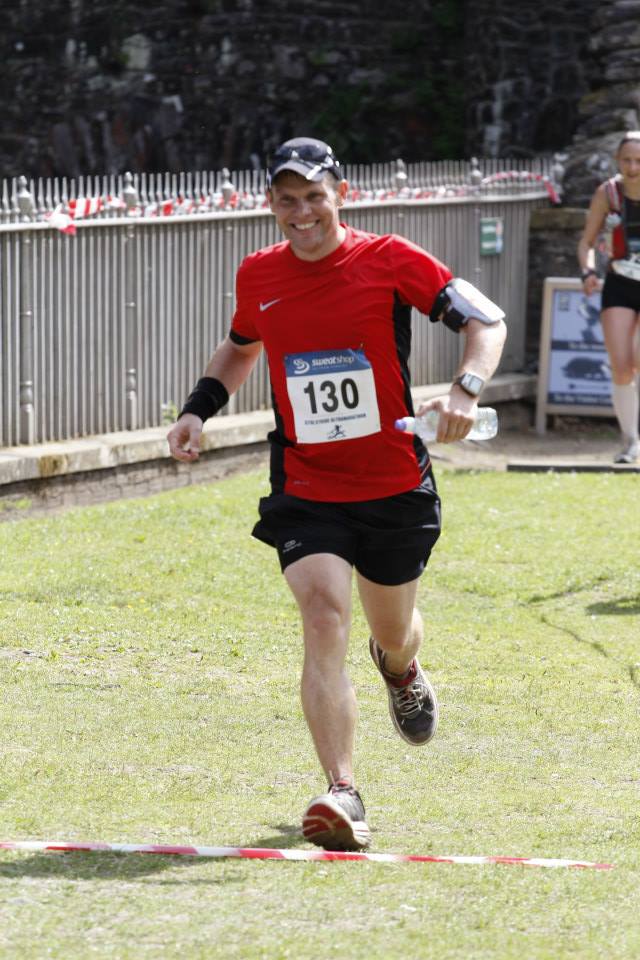 One year ago I crashed and burned at CP3 in the Clyde Stride ultramarathon. I had twisted my ankle in the (in)famous cow field. And my will had been broken. Well and truly.

A year on and I was toeing the line again. This time it wasn’t my ultra debut; as well as my ill-fated attempt last year I also had the GO33 and D33 ultras behind me. I was pretty sure I’d get the job done this time. In fact, on pain of death I was finishing this race.

In the lead up, pretty much since April, my training has been less than ideal. In the 11 weeks which had passed since the Lochaber Marathon I’d lost three full weeks, all at different times, of training. This meant that I hadn’t done any reconnaissance runs along the course and my longest run since Lochaber was an easy-paced Edinburgh Marathon. In retrospect this was to come back on me.

Unusually for Scotland the weather had been scorching in the lead-up to the event and on race day bright blue skies at 9am gave the runners a beautiful canopy to look at, and also an indicator that race day would be as per the preceding days. Estimates after the race put the temperature between 24-28 degrees.

In Spartathalon, Badwater and Western States terms this is not warm. In Scotland, this is like Beelzebub himself has taken over the temperature controls. We are simply not used to this weather. Therefore running 40 miles in it was an added complication, to say the least.

The course itself is a classic point-to-point track. It starts in Glasgow’s West End, next to Partick train station and broadly follows the River Clyde all the way to the magnificent world heritage site that is New Lanark, this is 40 miles ‘doon the watter’. The terrain starts off as paved roadways, makes way to some trail and riverside paths before getting steeper and very slightly more technical towards the end. Road shoes are ideal if it is dry.

Check-in was smooth as can be. I got an early train from Croy as the later one would leave me with only 30 mins to spare and I’d rather be an hour early for the start of a race than 5 minutes late. On the train from Queen Street to Partick I had the pleasure of meeting Abdelhadi and Michael. More on the former later.

Milling about at the start you can see the ultra community in action. Most people knew each other and I had the surprise of meeting an old acquaintance in Michael Anderson who was running his first big one.

My strategy was in retrospect rather misguided. It was to run at around 8-8:15 minute miles on average and to see what was left after the last checkpoint.

Partick to CP1: 23rd place, 1:15
I picked up the popular David Mooney here. We bounced along from the Broomielaw in easy 8 m/m pace. David was described by RD Lee MacLean before the as Mr Clydestride. Not to be confused with The Killers track Mr Brightside. David had marked the course to within an inch of its life. He also holds regular recon runs but the timing doesn’t suit me in the main so this was my first run alongside him. A lot of chat was had, and we knocked along nicely to CP1 at Cambuslang. We were in and out in jig time and the watch read just about 1:20 as the 2nd section got underway.

So far, so good. Albeit it was getting warm.

Cambuslang to CP2: 20th place, 2:34
The 2nd section of the course features more trail than the first and there are a couple of big hills that were walked. David and I were still running together when we picked up David Gow, a finisher in the 2013 West Highland Way race. To be running the CS40 so soon after the WHW was amazing and David G’s promise of some training runs over Kilbarchan hills was gratefully received. You can only learn from guys with this pedigree.

About 4 miles into section 2 I started to peel away from both Davids. I was feeling good and once we were off the hills and back on to riverside trail I was able to stretch my legs.

Last year as I entered CP2 things were already starting to unravel but this year I felt good.

I exited CP2 at Strathclyde Park in 2:35. All good so far. I fancied I could do sub 6 hours and I was looking good for it.

CP3 to Maudslie Bridge: 17th place, 4:06
Bloody heat. By the time I left the checkpoint at Strathclyde Park it was getting close to noon. Immediately it felt warmer. Whether it is because there was less shade or the body of water we were running against, something changed. Interestingly, speaking to people after the race most runners felt that the section that hurt most was ‘just after Strathy…’

All was going well again but come about 24 miles I could feel things starting to tie up. The big learning point was revolving around hydration. I had a 750ml bottle of water with a Hi-5 tablet in it at each aid station. However, whilst this may have been good enough in normal conditions the extra heat, and serious lack of acclimatisation to it, meant that by mile 25 I was already running out of water.

I carried on until the marathon was complete in 3:41 and whilst this isn’t shabby, I knew the brakes were starting to be gently applied and I took a walking break. I needed to get a drink and the only thing on my mind was getting to Maudslie Bridge.

However, a favour to ask, if you see a set of wheels between miles 27-28 on the CS40 route could you return them to me as this is about where mine fell off. Appreciated.

I made it to CP3 and took a seriously long break to drink. My cold coke and the iced water were just fantastic but I hadn’t learnt my lesson properly from earlier.

After a long break of about 6 mins, I meandered, almost literally into the final section. If I had to walk 10 miles I was finishing this race.

Picture the scene in Star Wars. The one in Dagobah Swamp when Luke comes face-to-face with Vader and gets his hand cut off. I know it is the swamp’s ambience playing tricks on Luke’s mind but that’s how the first flight of stairs felt to me. When I saw them I started to get a real feel for why the final section has such a marked elevation profile change compared to the first 30 or so miles. It was time for a long walk.

By now it was a case of run when ok and walk when needed. I was moving at close to 12 min miles by this stage and my attempt to eat my Topic at 31 miles was a forlorn one as it was dryer than the Sahara in my mouth. I’d run out of water having gulped my final 750ml in the first 3 miles of the last section. This had resigned me to walking most of the final part. I was contemplating where I might get some aqua from – knocking on someone’s door or a detour into a wee town along the way – when like Angels sent down from Heaven a group appeared at a kissing gate near mile 32.

“In fact, would you like me to fill your water bottle?” asked the lead Angel.

I couldn’t reply for tears of joy. (NB: this story has been slightly embellished for dramatic effect…)

This bottle of water was the highlight of the race for me. It energised me and gave me the confidence to start running and walking a bit faster and to try and dig in. It was worth 30-40 mins in time I reckon.

And therein lies my absolute biggest lesson for running on such a warm day. It is obvious of course but I need to stay well focused on my hydration and keep on top of things before I begin to bonk.

At about 34 miles I met up with David Gow again. Or should I say David caught up with me. We chatted a wee bit about politics, the conflict in the Middle East and just why Quantum Leap isn’t scientifically accurate. Or maybe we just moaned about the weather for a while. I can’t quite recall.

For some strange reason at about mile 35 I got an energy surge and threw in a 9 min mile. At this stage in the race that was amazing for me. Then some evil landscaper put a massive hill in the way and I stopped like a cartoon character in a Warner Brothers sketch who has just been scudded in the face with a frying pan.

This hill took it out of me and by the time I climbed the stairs toward the descent to New Lanark I was done and, for the first time in my life during a race or a run, I had to stop and be sick. This actually really helped me regain my equilibrium.

Remember, I wasn’t familiar with this final section and the wee loop that affords you a look at all the happy finishers from up on high was a cruel bugger.

As it was, I managed to negotiate the last two miles and got to finish looking fresher than I felt if the pictures were to be believed.

My official time was 6:23:52 and I finished a mere 1 second ahead of Izzy Knox and in 19th place. The fact I only lost 2 places to the field in the last section suggests I wasn’t the only one suffering and that is even with the worst final stage split of anyone in the top 20 by some way.

Reflecting on the race, I had hoped for sub 6 hours and can definitely do that. But knowing the course better will help next time and I need to be smarter at handling these conditions. Nonetheless, anytime you complete an ultra it is a magnificent achievement and a big high five to all who managed to complete this race.

Every ultra is a big learning event and last year’s CS40 taught me loads and so has this one.

It was great to see some familiar faces and make new friends before, during and after the race. There were some excellent performances and the intimate and friendly atmosphere of the ultra always blows away the big city marathon events.

Congratulations to Abdelhadi Elmoustahli on an astonishing win. His time of 4:54 was some 20 mins ahead of 2nd place and is a fantastic performance. Also, kudos to Rebecca Johnson, first female, who came home in 5:36.

Lastly, Lee Maclean as RD deserves a massive thank you for putting on such a great race. Not only is it terrific to run in but the set up at the finish is excellent. The tee for finishing has been worn with pride already. Lee, alongside her army of volunteers, put such an effort to making these races happen that words cannot express my gratitude enough. An action instead will be to help out at a race at some point in the next year. Be a part and play a part.

NB: I have lost the references to who took the above pics. If it was you please let me know and I will add a credit. 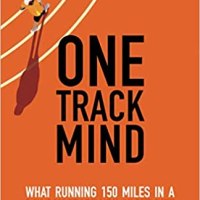