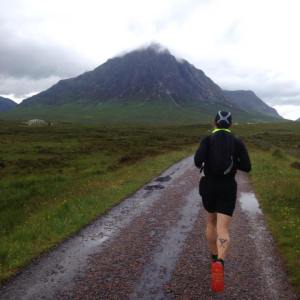 I was at an event recently and story from an international athlete really resonated with me. He talked about how he was wasting his talent, drifting to a life that would be more hoodlum than hope.

Then a coach, well-respected, looked him in the eye after training one day – you know the kind of training where you just want it over to get out and do ‘things’ – and asked him if he was staying back. The boy wanted to leave but was transfixed by the stare, and found himself moving from a shake of the head to a nod. Imperceptibly, his journey to the Olympics began there. A quiet word later, with the coach telling the boy what he could achieve and how he would help him – if he deserved it – the boy redoubled his efforts, training harder than ever before. Why? Well, because for the first time he saw opportunity instead of opprobrium from others. He was transformed.

And it was all because someone believed in him.

We talk a lot about training and conditioning. Runners, especially, focus a lot on the body and can forget the mind. And as a consequence, a vital weapon in the armoury of any runner at any level can be left in the gym bag too often.

It was in 2011 when Darren said the words above to me that I decided to take the challenge on. The challenge was to get faster. I was around 4 stones heavier than I am now. But I still had OK PBs at 5k, 10k, half and marathon distances. Nothing spectacular, but I was ok. I revelled in being a chubster who could beat skinny dudes. Like being fat and faster was a good thing.

But, Darren’s words ignited a bit of the belief in me that spurred me to try harder. It was as much a goad; a challenge as a motivator. He was right and I knew it. He’d given me access to a bit of belief I had hitherto been missing or at least ignoring.

“I reckon you could be a very good ultra-runner…” Davie Mooney, July 2013

Clydestride Ultra 2013, at Maudslie Bridge I was moving so slow a snail got road rage at me. I get on the wooden boardwalk and Davie Mooney comes breezing past. All I hear is the word ‘mate’ – Davie likes to say that. That day was the first time I had properly chatted with Davie. We ran about 10-12 miles together, and then I cruised away – foolishly – as I attempted to complete CS40 one year on from a horribly botched DNF at my first ultra.

With only 9 miles to go I was passed by the guy who I’d left behind about 15 miles ago. I was hurting. it hurt me, and there was nothing I could do about it. He looked great and would go on to finish more than 20 mins in front of me.

At the end I refused a bottle of Stella, feeling sick and terrible. I just wanted to go home. Andy was coming to get me, and he couldn’t come quick enough.

Then Davie pops over to see me. He shakes my hand. I mutter something akin to ‘well done’ or words to the effect. Davie is buzzing. If you know him you will know exactly what I mean. He’s busy telling me how good I could be. The guy who put 20 mins into me over 9 miles is telling me I could be a very good ultra-runner. I thought, and I have never told him this, that he was patronising me as I looked ill, in an attempt to boost my spirits.

It was a nippy winter morning, and there we were running along the canal from Clydebank back into Glasgow. We’d run from Queen Street to Clydebank first and were doing a grand loop. We’d got to discussing the year ahead. It was exciting. I mentioned that I wanted to do myself justice at G24 more than anything else. I was probably exhibiting doubt and apprehension.

Davie almost stopped in his tracks, incredulous at the thought of the concerns I had and said the words above.

But it wasn’t just what he said; it was how he said it. Certainty. Matter-of-factly. It was a done deal, in his mind at least. His assurance started to rub off on me. I went from wanting to do well, to starting to trust in myself.

“Great effort as always – keep it up and you’re going to have an amazing season.” Paul

Sundays every week I’d sit refreshing my email. Waiting for the ping. A note to tell me my plan had been updated. I wanted to know what he thought. And what I had in store for the next week; in that order. Come on, beep with an email goddamit!

Week 6, sometime around lunchtime on 18th January, my mail notification pings. It’s from him. What did he have to say? I did 9 runs over 7 days, 2 tempos and a marathon in there. I’d never worked as hard in my life, or felt so invigorated. But to what end?

6 weeks in. I’d taken on a coach to get better to get faster. To have a stab at seeing what it do for me. I’d give it 8 weeks, if it didn’t feel right I’d ditch it.

The message was simple, all I had to do was keep working hard and things would work out OK. This wasn’t hyperbole to please a client, this was heartfelt fact. I read back over previous notes and you could see it coming.

That injection of belief alone was worth a few seconds per mile off my pace zones.

Having someone believe in you is an amazing boon. It can lift you up in times of stress or when you are down on yourself. Self-belief is powerful and when fused with the input of people you know, respect, like or even hate: it can ignite in a burst of brilliance. That brilliance is all about being your best self. It’s not for anyone else, you and you alone. It could be doing your first 5k, climbing a munro, passing an exam or your driving test or just being a fantastic person.

Belief given to you is a gift. Use it wisely. It’s never a burden, even if it can feel that way sometimes. It is present borne of love, respect and a desire to see you do well. That’s what makes it so potent.

But, you can give that gift too. If you have managed to get to the end of this ramble, and if you are in anyway inclined to do so, go and give someone you know the gift of belief. That might be your kids, a colleague at work, a friend who needs a fillip or even your partner in life and love. Think about the effect you will have on them, the same way Darren, Davie M, Davie G and Paul and many many others have had on me.

It’s a free but priceless gift.

And to finish, here’s the best gift of belief I have ever been, or will ever be, given.

10 replies to “Give the Gift of Belief” 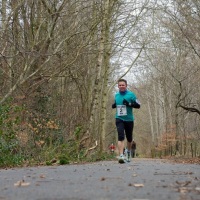