In his second young Sherlock Holmes offering, Andrew Lane further imagines how the world’s only consulting detective came to be who he was.

Red Leech is the follow up to Death Cloud and this time 14-year-old Holmes is caught up in a tangled affair involving American unionists, confederates and a half mad John Wilkes-Booth. His adventure takes him from sleepy Farnham to New York and beyond.

Lane, a prolific and acclaimed writer, is clearly something of a scholar and Holmesian aficionado. He fuses an American War of the States conspiracy with the developing character of teenage Holmes extremely well. Where Lane can get off message is by trying to shoehorn too much back story revival into the narrative: he hints at things like how Holmes took up the violin, the math applied to speeding trains (telegraph poles), how logic became his only way if thinking, the theory that the mind is like an attic and so on.

Over the course of the book these little vignettes appeared well over a dozen times and it felt like Lane wanted to get everything he could in to reference classic Holmes as possible; almost as if there would be no more young Sherlock books. Whilst Holmes geeks will enjoy this some will find it stifles the flow of the story with no great benefit. Indeed, some parts were borderline expository.

Although a significant gripe, none of above should detract from what was another strong offering from Lane and sets the scene for further growth of his quite interesting take on literature’s most famous character.

The plot of Red Leech is once again strong with an ability to hook the reader throughout. All the while, Lane also develops Holmes’ companions extremely well, in particular the fledgling detective’s kindling love for Virginia, the daughter of Amyus Crowe. Crowe is the man who is teaching Holmes to be, well, Holmes.

Indeed, Red Leech is another fine mess Holmes gets in and then out of. 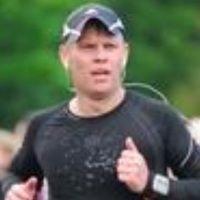 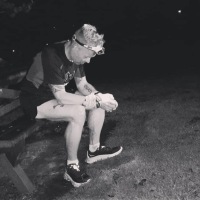