I love a saltire. I really do. Running for Scotland is such an honour. Since I got confirmation of the call up in early January my focus has been on the Anglo Celtic Plate. For those who don’t know what that it is, the ACP to use its TLA is a 100k road race which pits the home nations against each other. The cumulative time of the top three from each team counts as the overall time to decide the nation which wins. In addition, the race also doubles up as the British and Scottish 100k champs.

I ran this event in 2016. It was my first international appearance and it went pretty pish. It seems a lifetime ago and a lot, a helluva lot, has happened since. I’ve been very keen to get another go and am grateful to the selectors for the chance to don the colours of my country once again.

I hope one day I get the chance to do all of this again. I’ll certainly work hard to make sure I give myself the best opportunity to do so.

The team this year is equally as strong as the one in 2016. The old hands of Dave Ward and Robert Turner are augmented with the flying machine that is Kyle Greig and Alasdair Higgins who has pace to burn too. For my part, I’ll be happy to be in the mix to be a contributor in this company and hope to play a part in Scotland defending our win in 2018. To be part of a winning team in the ACP would be an absolute career highlight.

It will be hard

The opposition may have something to say about this. England is sending up its usual spread of rapid marathoners and experienced ultra athletes. The look formidable on paper and will be desperate to win the Plate back. Wales has always got a couple of handy players as well. This is very different to my usual sojourns of 100 miles or 24 hours. It’s over quickly (in relative terms) but can hurt twice as hard.

The Scottish ladies team looks pretty powerful too. Some old friends on that team and I am excited to catch up with them at the weekend. The camaraderie amongst the team is already building. The hot pants chat has been a personal highlight. And that’s just the guys.

The 100k is a brutal event. You run close to threshold for a long time. Any break or slow down is fatal to your race aims and the impact of the event is unforgiving. All runners, men and women, need to dip into the pain cave from early on and embrace it. The muscles ache, the mind hurts and the gels rot yer teeth. There can be no let up.

One reply to “This week has rapidly sneaked up on me” 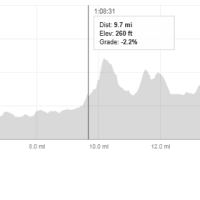