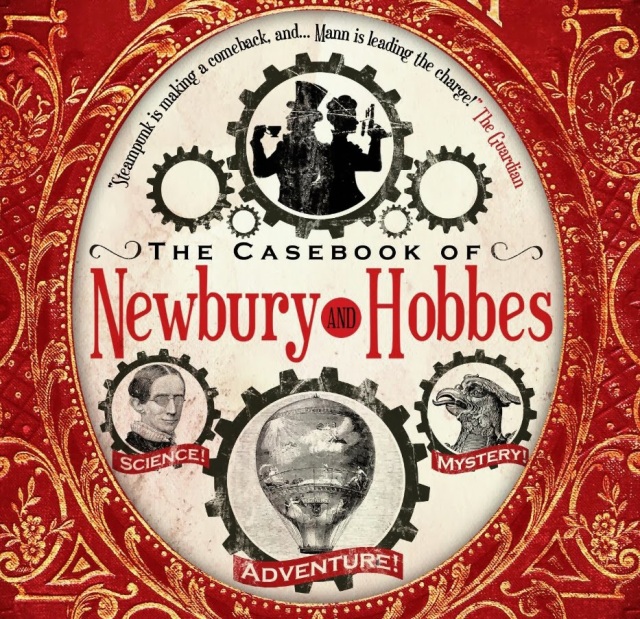 I have reviewed a few of Mann’s books on here. From his Sherlock Holmes pastiches to the Newbury & Hobbes collections themselves. To recap, Mann is prolific writer and one whom is regarded as a leading proponent of the Steampunk genre; this when inventions meet the Victorian era. Think automatons, zeppelins, weird weapons and powered vehicles all vying for attention in V.R.’s London and you get a sense of it.

In The Casebook of Newbury & Hobbes, Mann brings his two most recognised characters to the fore once again as he gives us as series of short stories which allows an insight into the past, present and future of the investigators.

There are over a dozen stories in the book. Some had been published elsewhere, some for this collection only, and Mann handily gives the reader a chronology of the story with a paragraph or two explaining how the short fits with the overall collection.

We get more background on how Bainbridge and Newbury came to be allies. Mann delves into the death and relationship between Templeton and Newbury too, and then we see how the dashing duo become icons in the service as the book takes us to the 1930s.

A couple of wee highlights; 1) the Christmas stories are nice. The way Newbury always celebrates the day comes through strongly, 2) the Sherlock Holmes story – which is essentially Watson narrating a Newbury investigation and Mann giving Holmes his place as top dog between his creation and ACD’s.

This is a nice wee collection for fans of Newbury & Hobbes. That said, those who haven’t read some of the preceding novels might struggle with the thread in some of the shorts. An enjoyable diversion.