This time last year I had one ultra under my belt, the 2012 GO33. Heading into the D33 I wasn’t sure of strategy, my ability and what to expect. This year things are different.

Since last year’s race I have broken my marathon PB, completed 40 and 50 mile races and done 30+ miles in training. I have been putting in significantly more miles this year than last. By the end of March 2013 I’d done 589 miles, as of 11th March 2014, I am over 600 already. My pace is generally quite comparable with last year and I was within 15s of my Kirkintilloch 12.5k time as well.

All things point towards a performance comparable with last year for me. I came in 18th place and in 4:17:04. Here’s my race report from last year. However, I feel that I have decent chance of coming in under 4:10 this year. Why?

1. I have been concentrating on endurance rather than pace this year. My ‘A’ race is the G24 in September and even this early, I need to be thinking that far ahead.

2. I slowed quite badly in the last 5 miles in 2013, and I hope that the training above will stand me in good stead for that.

3. My training runs over 20 miles have been quite solid. And I’ve had a couple of good back to back runs.

4. I am a bit more experienced than last year.

Of course, in any marathon plus distance, nothing can be taken for granted, but I am going into this in decent frame of mind and shape.

But the race performance is just one aspect. I found I met a few good friends at this race last year. The whole thing is exceptionally well organised and George and his team put on a magnificent day for only £12 – if you can find better value than that then good luck!

This is a tremendous wee race which in effect opens up the ultra scene in Scotland for the calendar year and whilst not the first race on the SUMS calendar for 2014 (with 2013’s GO33 and Jedburgh Three Peaks in there) it will be my first one of the season.

The course is a mainly tarmac route running alongside and atop old railway lines. It goes from Duthie Park to Banchory and back. Hopefully there’ll be no heavy winds and rain like last year, and the forecast is looking very favourable this far out. So, fingers crossed.

And finally, a big shout out to Scott Cameron who is taking his first steps into the ultra scene. I’ll be watching at my heels for him 🙂 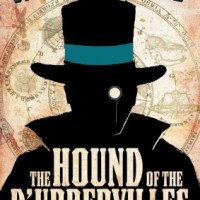