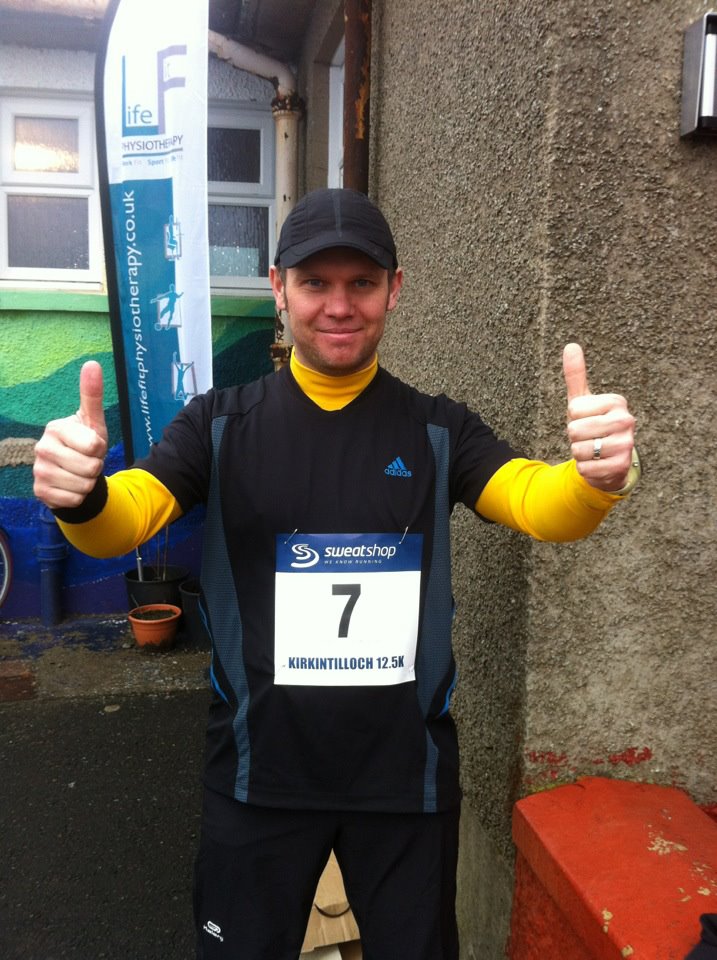 The Kirkintilloch Olympians 12.5k is usually the first race of the running year, when I am training properly. It is a unique race, over a unique distance and with a unique set of hills.

It boasts 12 hills in its short run, meaning an average of 1 hill per kilometre. The good thing though is it starts where it finishes which means what goes up, etc.

I had raced this course twice before 2012 (’09 & ’11) and had never broken the hour mark. 1:01.58 was my best. The problem was I had never really gone for it and in all honesty, didn’t have the gumption to fire into the brutal set of inclines which adorn the course. Alas, I don’t have a garmin record of the day to show just how lovely those climbs are.

The race starts at Woodside Primary in Kirkintilloch and runs through the backroads towards the new M80 motorway, down by the Woodilee and then back road to where it started. There are usually about 200-250 participants and the roads remain open to traffic for the race. In other words, it is relatively busy and watch out for the cars. Straight away runners hit the first hill and are out of breath by the time they reach the top and the joyous sight of a nice downhill stretch. This pattern repeats itself in a what feels like an ad infinitum manner. There are three particularly tough hills. One from 3-4 kilometres, another at around 8km and that joyous long hill runners see after the first incline? Well you come back up that beast.

On the day I set out quickly, trying to run high-tempo but not sprinting. Training had gone well all winter and I was a full 2 stone lighter than when I did the race the previous year. My aims were to beat an hour and get as close to 55 mins as possible. Not having the experience of charging at the course meant I had a big window to shoot for.

It wasn’t until the hill at 8km that I started to question my sanity, and pace. But I regrouped, I was 2/3 of the way home after all, and I pushed on. By 10km I had beaten my 2008 10k PB, by only 5s but when I considered the route and the hills I was delighted. Only 2.5km to go, or about 11 minutes running. This also meant I would beat 55 minutes, which I had never imagined possible.

But, that hill, the cheeky wee last I’m-gonna-make-you-suffer-for-your-kirkintilloch-olympians-mug incline, loomed large on the horizon. I fought a stitch, hard though it was and projected images of the nice downhill at the other side. I made it up. Just.

Then, dashing down the hill I came home in 42nd (out of 229) place and in the top 19%. My time of 53:44 was well beyond what I expected and I was ecstatic. Of course, my face in the photo – taken as I raced for the line – tells a different story. 60 seconds later I was fine. Seriously. I was OK. Honestly.

This run set the tone for 2012 for me. I was in the groove. I knew I could push on and I knew I had lots of pace to come. Every PB I held before coming in to 2012 became a challenge after this race and every PB has fallen, sometimes twice in some cases. 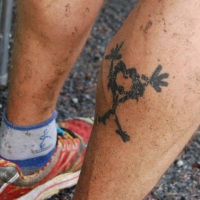