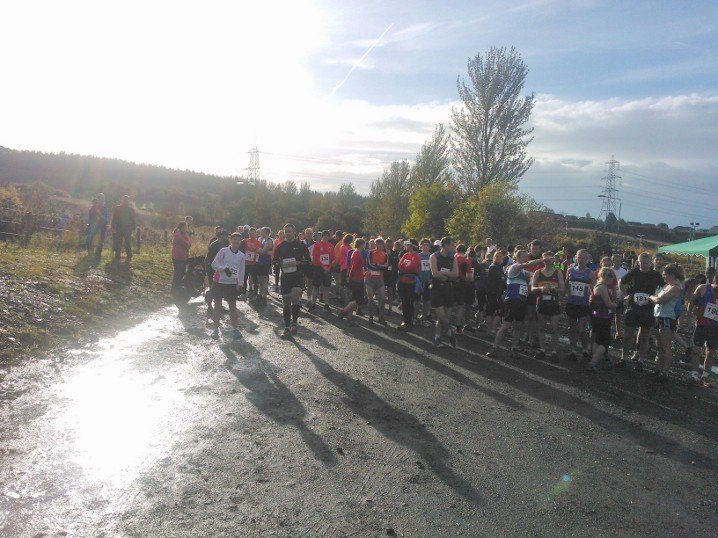 I have been neglecting my blog recently. New job, busyness and business, the need to do some training and just general laziness contributed to this. And that is a shame as I really enjoyed the races I have still to write up, and I will start with the most local of local runs; the Antonine Trail Race.

This was the second running of the race, last year’s effort was half the size (80 runners v 156 finishers this year) and for me I wanted to use this race as a measure to see if I had improved at all this year. It wasn’t an “A” race for me this year but one I certainly wanted to do well in.

Prior to the race I had been doing a number of reccy runs for people who didn’t know the route. It was therefore great to see a number of familiar faces on the day, and to see them finding their way around the route with too much incident. However, even though I know the course better than most I spent a good bit of the morning deciding which shoes to wear. Eventually I plumped for Hoka One Ones over my Salomon X-Trails. It was the right choice as the course was wet but boggy only in a couple of small sections. This was remarkable given the rain the night before.

At 13.9 miles, the race starts next to the 12th tee on Dullatur’s Antonine golf course at Croy train station and then runs the first mile or so up the bogey line towards Croy hill. After a few twists and turns through the hill it then hits the canal towards the Boathouse at Auchinstarry and then onwards the only real tarmac section which itself precedes the only semi-technical trail section. The run through Kilsyth follows as the participants are shuttled towards Drumbreck marshes and back to the canal for the quirky (and getting lost inducing) tunnel under the canal into Twechar. And then the hills.

There are two sharp and tough hills on the route. The climb up Barr Hill at 10 miles is the first and the toughest of the two before a sharp descent and then another really hard climb alongside the Antonine Wall on Croy hill. After that it is reversing the first couple of miles back to Croy.

Last year I finished 8th in just under 1:50. This was my first trail race and I really wanted to improve on my time. My position in the race would take care of itself, and with double the participants I really didn’t know what to expect but reconciled with myself that top ten would an amazing result.

The start was quick and after mile 1 I was in in about 10th or 11th place, but at 6:28 I was going too quick and needed to get myself back under control. So, I did. I settled into a nice rhythm and my concerns that the bigger field would result in a lot of traffic after the Dullatur railway bridge proved unfounded. It would be boggy on the way back but it is a trail run after all.

The next few miles were done in decent order I was hanging on to the coattails of Robert Rogerson, who afterwards mentioned he’d being carry an injury which explains why I managed to overtake him at 8 miles, I found myself pushing hard but feeling comfortable.

By the time I got to Twechar canal bridge I’d been shouting a lot to runners in front of me about where to go and was in, I estimated, 9th place. I really just wanted to survive the hills at this point, if so I would get some time back on last year’s effort and make top ten.

Hill 1, up Creecyhill Wood  to Barr Hill was negotiated with the help of a short walk/hike and the guys in 7th and 8th gained some time on me, but on the ascent I caught up with them again and by the time we reached Croy Hill I’d actually overtaken them. However, Michael McGovern managed to overtake me again and by the time we were running back down the Bogey Line to the finish I simply couldn’t catch him. Pleasingly I did the last mile in 6:40 compared with nearly 7:30 the year before. I thought as I crossed the line I’d finished in 8th but it turned out Gerry Craig had gotten lost ahead of me and I gained another place that way. I’m taking it! Any race you finish ahead of Gerry is a result!

All in all, a really pleasing run for me. I finished 1 position ahead of my 2012 effort and almost 8 minutes quicker. I was able to run almost every section and held a decent pace in tough conditions. The course held up well to extra traffic this year as well and the improvement in the organisation from Robert Sanderson and his team was noticeable, and whilst they have a few learnings to take, the race will continue to get better.

Also, it was great to catch up with many new & old friends before and after the race, and to see many of the Ultra Dafties make an appearance and enjoy their day. A couple of new friends through reccy runs were there too as well as some of stalwarts of the area.

Congrats to David Sawyer for his win in an awesome 1:33:51 and to Elspeth Luke who was first female in 1:49:18. Brilliant results and well done.

I’ll see you next year!

Strava profile for the race: http://www.strava.com/activities/90203316/overview

One reply to “Race report: The Antonine Trail Race, 2013” 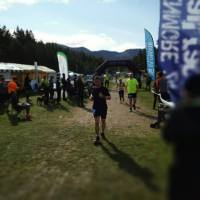 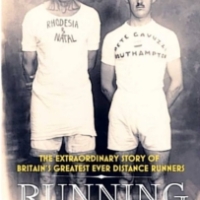 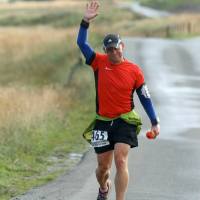 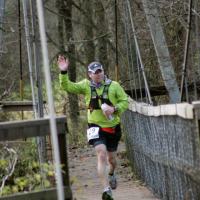